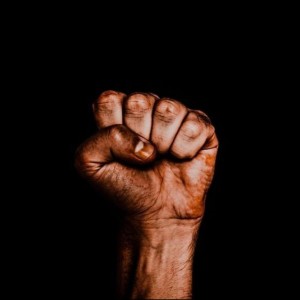 Tim has more than 10 years experience in HE. He has a strong passion for Equity, Diversity and Inclusion in HE. With equivalent experience in recruitment in HE, he has also developed a range of expertise in HE talent acquisition.

The U.K. has made considerable progress in advancing racial equality in higher education (HE) recruitment, selection, and retention of people of colour. However, research shows that there is still a glaring discrepancy between Britain’s Black, Asians and the Minority Ethnic (BAME) people compared to white people. The challenges that BAME faced in the job market in the 1960s are still imminent in the 21st century. The progress seems slower than expected.

Research carried out in 2009 by the government reveals that ethnicity is still a major issue in employment across various industries. In the study, the government, using a sample size of 3000, sent out similar application letters using three false names: Alson Taylor, Nazia Mahmood, and Miriam Namagembe. The names were denoting white Briton, Asian and African applicants, respectively.

The study showed that Alson Taylor sent at least nine applications to get positive feedback. In comparison, Nazia Mahmood and Miriam Namagembe with the same experience and academic qualification as Alson sent up to 16 applications to receive the same encouraging call.

In 2017, another research by experts in the Centre for Social Investigation at Nuffield College, the University of Oxford, reveals the same discriminatory practices. The researchers used a sample of 3200 that constitutes five broad ethnic groups. A separate analysis was done for Nigerians and Pakistanis. The experts using the same CV and cover letter sent one application randomly to different white-collar and manual job vacancies.

The experts compared the feedback for the ethnic groups. The results revealed that 24% of the applicants who identified as white British natives received positive feedback compared to 15% of the minority ethnic groups.

From these studies, employers discriminated against applicants based on their names. Perhaps the employers barely read the application letter if the applicant’s name sounded African or middle-eastern.

This unconscious bias is eminent in the higher education institutions, which explains why the traditional recruitment process has done little to minimize the employment gap among people of colour.

Emerging Trends in the Recruitment Approach for Higher Education

From our previous article about Black and Minority Ethnic Staff in Higher Education, statistics show that as much as there is an increase in the number of black and minority ethnic in the higher education institutions (HEIs), the overall representation is low, with the majority in junior positions. People of colour are also paid less and are less likely to rise or be recruited in senior positions.

Despite the disheartening statistics, the inclusion and diversity in HEIs between 2003/04 and 2018/19 are remarkable. The HE staff’s employment rate increased by 30.1%, with the academic staff leading the pack with a 44.5% growth rate and the non-academic staff at 18.6%. There was considerable growth from 4.8% – 8.2% among the U.K. black, Asian, and minority ethnic. In 2018/19, close to one in three academic staff members came from non-UK nationals.

From the preceding discussion, it’s clear that the higher education recruitment process has a long way to bridge the inequality gap. This will need collaboration with different stakeholders and a conscious decision to incorporate practices that promote diversity in the recruitment process.

Since BAME employment rate in the U.K. HE is still lagging, HEIs should take a proactive approach and guarantee interviews to BAME applicants who meet the job requirements. If guaranteeing interviews for all the ethnic minorities who meet the HE job requirement is challenging, the employers can opt for a quota of at least half of the BAME applicants to be shortlisted for interview.

2.      Anonymise your applications in the shortlisting process

Anonymising applicants’ details refer to the process where the applicants’ identifiable information such as name, address, location, email address and name of university attended are removed until the final stages of the recruitment process when the candidates are called for interviews.

This strategy gives all applicants a level playground where only their qualification determines whether they’ll secure an interview. If widely accepted by the HEIs, the minority ethnic applicants will finally be fairly considered just like their white counterparts.

Anonymising applicants’ details reduce biasness as employers will only use skills and experience as the determinants of a candidate’s competency. If adopted by HEIs, the minority ethnic job seekers’ applications will finally be fairly considered, just like their white counterparts.

3.      Provide Interview Questions in Advance to Increase Accuracy and Diversity

Another approach that can help HE increase diversity and inclusivity is introducing an interviewing technique where the panellists provide the same interview questions to all the candidates in advance. This gives a level playing field for all applicants because all the candidates are given time to review the questions and provide specific detailed answers to the panel.

The panellist can’t switch the interview questions depending on their first impression of the candidate, the candidate’s colour, religion, or gender. The process is structured, making it easier for the hiring team to assess the candidates’ presentations.

HEIs stand a chance to get quality and diverse staff using this strategy. Only the candidates who are truly interested in a position will provide in-depth responses to the interview questions as required and stick around for the interview presentation.

Flexible working hours enable staff to start and finish work when they want. Instead of it being a bonus, it should be a normal part of HEIs work policies. The flexibility allows parents, especially females of colour, to jungle between parenting and career growth with ease. People of the ethnic minority who are majorly in the lower level of employment in HEIs can work two jobs if flexible working hours is an option.

The HEIs have lagged in the race of eliminating racial discrimination, especially among black people. The progress is there, but it’s taking place at a snail’s pace. It’s high time that HEIs think critically of the institutional barriers and the discriminatory practices that have characterized the recruitment process and barred black and ethnic minorities from employment. It’s only right that these institutions harness the talents available and create a dynamic, more diverse workforce that reflects the country’s population.