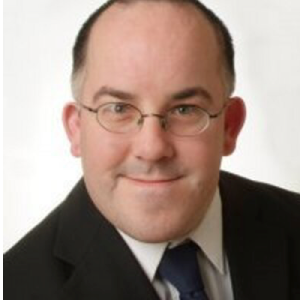 Oliver is recruitment specialist who specialise in recruiting to academic, research and university administration roles. Oliver has gained, over 20 year resourcing for the higher education in the UK and worldwide.

The life of an academic offers unparalleled intellectual freedom, ample opportunity to connect with great minds, and the chance to inspire a continual flow of students. Nevertheless, while the perks of the ivory tower are considerable, so are the myriad challenges sure to be encountered on the long, crowded, narrowing staircase to the top. It’s not without reason that reaching the professorial level is something only a small minority of academics ever achieves. This begs the question: what differentiates those who reach to upper echelons of the academic world from those whose journeys are less triumphant?

This post shares some odds-boosting advice for anyone hoping to turn the lofty dream of a successful academic career into a reality.

Early career academics are sometimes advised to keep their options open and explore as many avenues as possible to discover where their passion lies. Though not without merit, this approach sacrifices the many advantages of specialising early. Little will accelerate your academic career more rapidly than coming to be recognised as a thought leader in your field. The more scattered your research outputs, the harder it’ll be to make a big enough impact in any specific area to be considered a leading figure. Early specialisation, on the other hand, will allow you to expedite your research process, produce a string of focused publications, and establish a distinct point of view. After all, the more time you spend immersed in a niche area, the easier you’ll find it to generate novel ideas, select the best methods, marshal relevant literature, and build collaborative links with other researchers in your area.

Rest assured that early specialisation does not mean forever consigning yourself to a narrow research focus. On the contrary, there is value in gradually broadening your focus as your expertise and publication record grows. Seasoned academics often branch out into entirely new areas of research later in their careers. Nevertheless, specialising early can help boost your career in its early stages when hitting time-sensitive milestones, like landing your first lectureship, can be so pivotal to achieving future success.

When it comes to advancing an academic career, the infamous “publish or perish” maxim is largely (many would say unfortunately) true. This does not mean, though, that researchers who produce the greatest number of publications will automatically be the ones prioritised for promotion. The quality of your research output – generally measured in terms of the impact factors of the journals you publish in and the number of citations your papers attract – is hugely important to demonstrating your value to a university. This is not to say that your publication rate is irrelevant. But unless a significant proportion of your publications meet the highest standards of quality, it is unlikely that you’ll succeed in being promoted to a senior academic position.

Ultimately, it’s important to balance the efforts you dedicate to quality versus quantity. Putting all of your time into a single paper you dream of publishing in Nature is a high-risk strategy than could well backfire. On the other hand, being ambitious yet realistic about where you can publish and taking the time to produce quality work is likely to pay greater dividends down the line than is always playing it safe.

It’s no secret that academics in today’s university environment face many competing demands on their time. Aside from conducting and disseminating their research, academics are expected to design modules, deliver lectures, supervise students, sit on committees, review journal articles, and perform various administrative duties integral to the running of their departments. Particularly in the early to middle stages of an academic career, these extra-research responsibilities are sufficiently abundant to consume all of your contracted hours if you let them. Actively ringfencing research time is therefore essential. After all, the probability of being promoted is still depends heavily on the quality and impact of one’s research output.

Ensuring you have enough time for your research means mastering the art of saying “no”. You can’t review every manuscript sent your way, assent to every request to take on more teaching, or sit on every committee you’re invited to. Blocking out research time in your calendar and treating it like any other unmissable appointment is a must. You can then fit the more “extra-curricular” activities of academic life around this. Partaking in such activities is important, of course, but it’s far better to pass over the chance to sit on another committee or contribute to an edited volume than it is to sacrifice time scheduled for your primary research.

Seek out criticism of your work

Hearing a critique of your work isn’t always a joyous affair. But when viewed as an opportunity to improve rather than as a personal attack, criticism can be turned into fuel for growth. Allowing your ego to keep you from harnessing the power of constructive criticism is only going to harm one person: you. It’s important to remember that no piece of work is perfect; even the best in the field regularly commit errors, make oversights, and fall prey to their biases. Accepting your limitations as a flawed human being is not an admission of failure; it is the foundation of humility one needs to translate others’ critiques into productive action. Armed with this perspective, you can feel confident presenting work-in-progress, inviting critique of half-formed ideas, asking others to review early drafts of your manuscripts, and making the most of reviewers’ comments, however brutal they may be.

Even the most carefully executed plans can be unexpectedly derailed. Though it is advisable to set goals and have a clear direction of where you’re headed, being able to adapt in the face of setbacks is essential to carving a unique path to success. Limits to your geographic mobility may preclude certain avenues of research, family commitments can render some opportunities untenable, and shifts in unpredictable factors like funding availability and the academic job market can stop plans dead in their tracks. Hence, staying alert to alternative directions of travel, not putting all of your eggs in one basket, and accepting that your career plans are necessarily tentative will all put you in good stead when it comes to navigating the potholes that virtually every academic encounters in their drive to success.

Photo by Christina @ wocintechchat.com on Unsplash